Where every body knows your name, I joined a bonsai club

I went to my first meeting this past friday. I joined a bonsai club. I have been reluctant to join a club because I did not want to dedicate too much time to it. I think we can all relate to this especially if you have a family. Families and bonsai are similar in that you have to dedicate time to nurture them, you have to make sure they are growing healthy, and occasionally lop off some unneeded branches. This particular club meets once a month which is great for me.


First, I would like to say that I had an amazing time at the meeting. The people were friendly. The orator was an expert in his field. I believe the format was somewhat different for their usual meetings.  The speaker was Michael Ryan. This was Michael Ryan’s first of a three part seminar on bonsai holders. Mr. Ryan talked about the early history of bonsai pots. An interesting point he mentioned was how Tokoname in itself is not valuable. What makes a tokoname valuable is who made the pot. I have found this to be true. I have sold various tokoname pots and the price they bring vary dramatically. What I liked the most about Mr. Ryan’s presentation was his explanation about the cities in Japan where pottery is made, and the styles that come from those respective cities. Over all Mr. Ryan was friendly and charismatic. He has expert knowledge in his chosen field. I was not able to attend the other lecture but hope to if he returns to L.A. 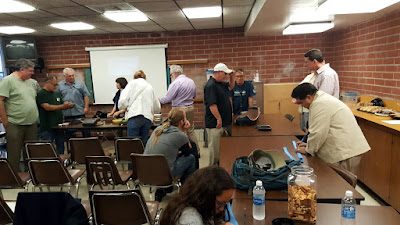 As for the club in general I would say that there is a very friendly feeling. I talked to a few people and they were very nice and accommodating. There was about about 40 persons as varied in backgrounds as is possible in Los Angeles.

I am not sure what to expect from future meetings. I am sure it will be interesting though. Sharing ideas and learning from others is always a good thing. I took my thirteen year old daughter. Although the lecture was two hours she enjoyed most of it. Her favorite parts was the raffle. She was able to take some things home with her. Cheers. 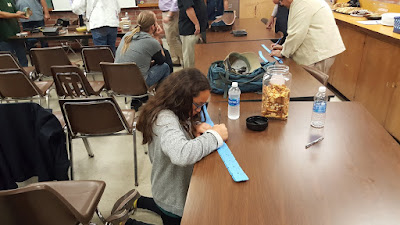 Michael Ryan's website: https://japanesebonsaipots.net/ He is more than willing to ID Marks, chops, and hankos.
Posted by bonsai-misadventures at 12:00 PM