Juniper cuttings, we were cloning before we knew what cloning was

Have you ever pruned a tree and wish you could do something with the pieces that were cut off? Have you ever wished you can make a clone of a favorite tree? Well, People have been doing exactly that for over a thousand years.

This year I bought my first shimpaku juniper. I was very excited. It was late winter/ early spring (Los Angeles winter). I bought a few shimpaku for a great price. I pruned a couple of trees and I decided to save the cuttings and try to root them.

I have tons of experience rooting ficus. Heck, ficus roots almost by accident. There is no challenge in that. I have rooted rosemary, cotoneaster, and Japanese boxwood. That's the extent of my experience.

The following pictures are of a Hollywood juniper (Juniperus chinensis 'Torulosa'). These junipers grow tall and thick. The point of interest are the branches which grow like the conifers in Vincent Van Gogh’s Starry Night. However, I made shimpaku cuttings earlier that week.

I needed coarse sand. I have looked high and low for coarse sand. I even went to some mountain rivers to collect it. That sand turned out to be decomposed granite which is great but it takes a huge effort to collect. I found a bag of sand used in construction at a big box home improvement place. I sift out the fine sand and keep the large stuff. I think i paid $3.00 U.S. for a 50lb bag (22kg). I would say that about two-thirds of the bag is coarse sand. 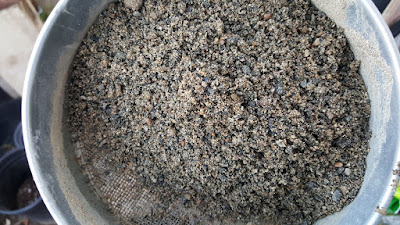 I mixed perlite with that sand. I need the soil to drain quickly and retain some of the moisture. I did not sift the perlite. 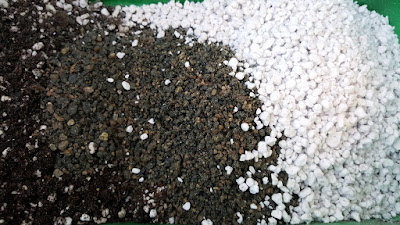 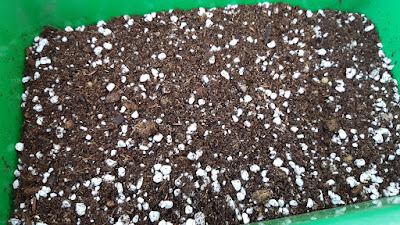 I grabbed the juniper branch that I collected. I chose some branches that were not too big or not to small. 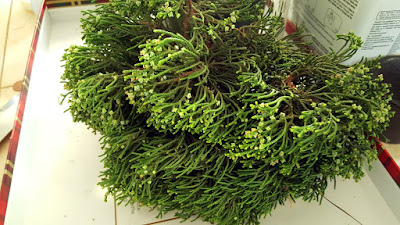 I trimmed all the needles and smaller branches that have been growing near or at the bottom third of the cutting. Then at the bottom, I scrape off a piece of the bark. See the light color tip near where I cut the branch off? I should have scraped twice that amount or even more. 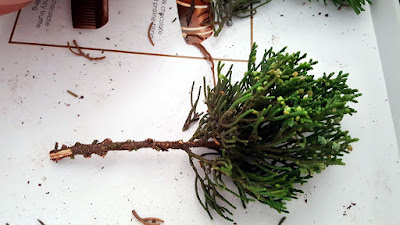 That is where the roots are going to grow. I added rooting hormone and placed the branches as far down as the lowest needle. Then I watered the pot trying to thoroughly soak the soil. 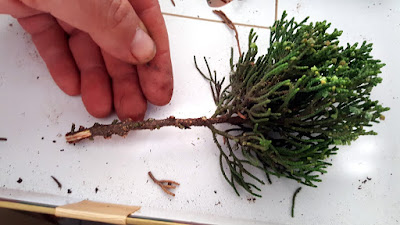 That is it. I hope they root because I already have plans for all these baby clones. No, I am not building a clone army. I buy bonsai pots that I like then I make bonsai for them. I have a set of three bonsai pots I think should be for conifers only. 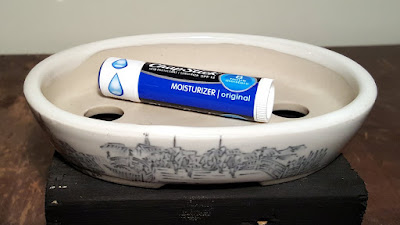 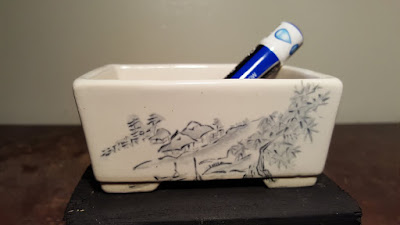 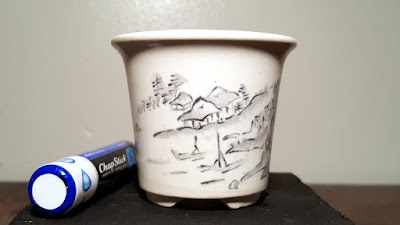 It's been three months since I potted the juniper cuttings. 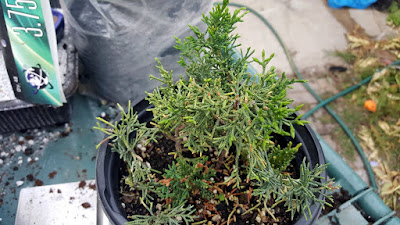 Many people are tempted to tug on the cuttings to see if they have rooted. This is not such a good idea. If you tug you may break the roots that have already grown. You just have to wait it out. If the cutting turns brown it has failed. New growth means that the cutting has taken. 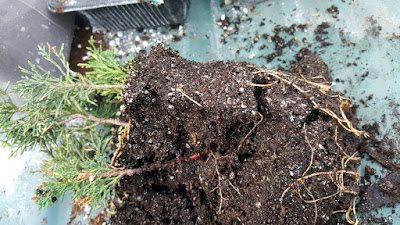 I noticed that the thicker cuttings had more and longer roots. 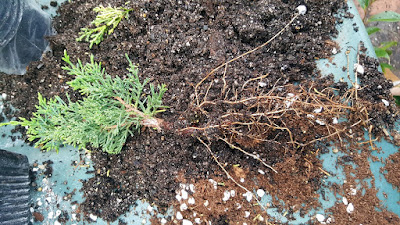