In Bonsai Rules are meant to be broken, or Do bonsai tree "rules" help or hinder bonsai development?

I live in the U.S. but was fortunate enough to play the greatest sport in the world. Yes, I am speaking about rugby. If any sport embodies the pure concept of sportsmanship, athleticism, and determination rugby would be the closest one. One thing was made clear in rugby. They do not have rules. Rugby has laws. These laws are unbreakable. This reinforced to me that rules are meant to be broken.

I would venture to guess that because bonsai culturally came from Japan there is a prevailing idea in the west that the way things have always be done is the way we should do them. This is reminiscent of The Karate Kid. Do not ask why just do. As bonsai has spread over the world every country has made it its own. Except in the west. We cling to our notions of what Japanese bonsai should look like and try to emulate that. Before I start upsetting more people I would like to say that I know I am generalizing.  Yet, if you are new to bonsai you will come across certain rules more often than not.

Brent Walston presents a number of guidelines. He doesn’t like to call them rules but understands that most people do call these guidelines rules. However, these are the most common rules the bonsai neophyte is supposed to use.:

1. Height should be six times the caliper of the trunk.
2. Trunk should lean slightly toward the viewer.
3. Trunk should flare at base to visually anchor the plant.
4. Roots should radiate from the flare.
5. No eye-poking roots (directly at viewer).
6. Apex should lean toward viewer.
7. Trunk should taper as it ascends. No reverse taper.
8. Grafts should match understock and scion so that they are unobtrusive, or be placed low enough to disappear into the nebari.
9. Curves in trunk should not result in 'pigeon breast' (roundness toward viewer).
10. Apex should finish in the direction set by the base. 'Flow' should be maintained.
11. Trunk line should not move 'back on itself'. This is one of my rules and difficult to explain. It relates to the flow of the tree. A trunk line that moves back on itself creates a 'C' curve.
12. For formal and informal upright, the apex should be over the base.
13. In informal uprights, too many 'S' curves will be tiresome.
14. As a tree ascends the curves should be closer together (related to branch placement).
15. A tree should have only one apex.
16. Twin tree trunks should divide at the base, not higher up.

1. No crossing branches, or branches that cross the trunk.
2. No eye-poking branches (pointed directly at viewer).
3. First branch should be placed approximately one third the height of the tree.
4. Succeeding branches placed at one third the remaining distance to the top of the tree.
5. Branches go on the outside of the curves (No belly branches).
6. Branch caliper should be in proportion to the trunk. Branches that are thicker than one third the trunk caliper will be too thick.
7. First branch should be left (or right), second branch right (or left), third branch should be back branch.
8. Branches should visually alternate, no parallel branches.
9. Branches should diminish in size and caliper as they ascend.
10. There should be space between the branches to 'Let the birds fly through'.
11. First and second branches (Left and Right branches) should be placed forward of the mid line          not directly behind the tree.
13. Only one branch per trunk position, no 'wheel and spoke' or whorled branches, or bar branches (branches directly opposite each other).
14. Branches should create an outline of a scalene triangle with the apex representing God, the middle corner man and the lower corner earth.
15. Secondary branches should alternate left and right and follow the rules of main branch placement, except there should be no secondary branches moving up or down. This creates the foliage pad.
16. To create the illusion of an old tree, wire the branches down. Young trees have ascending branches. The branches near and in the apex can be horizontal or ascend since this is the young part of the tree.
17. Branches for cascades generally follow the rules for uprights, except that the trunk moves down.
18. In twin trees, there should not be branches between the trees which would cross the trunks. The outside branches of both trees creates the triangle of foliage.
19. A jin should not be hidden in foliage.

He even adds a disclaimer to some of the rules:

For more of these rules go to: https://www.evergreengardenworks.com/rules.htm

Am I saying these rules are “bad”? No, of course not. What I am saying is that following all these rules will not necessarily produce an aesthetically pleasing tree. In fact, To create a “good” looking tree we will probably have to break some of these rules. This is so especially if you say or believe that bonsai should look like trees in nature.

Does penjing have as many rules as bonsai? Is penjing a relevant form of miniaturized tree? What about bonsai in the Philippines or Thailand.  Why do I bring that up? Because for the most part they have their own aesthetic conventions and maybe we should too. I have included some pictures of bonsai from the National Bonsai and Penjing Museum that I took on a trip to Washington D.C. These fantastic trees are definite rule breakers. 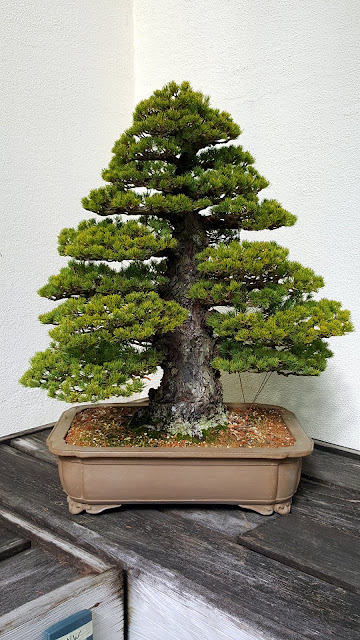 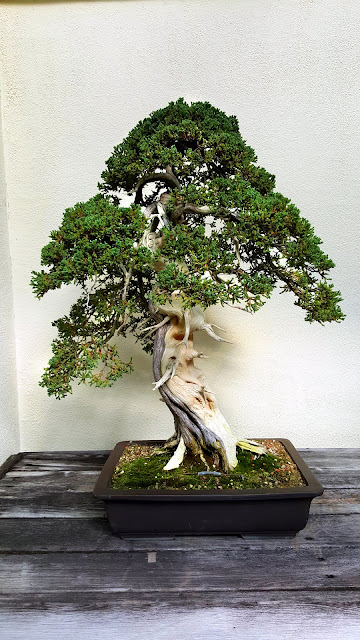 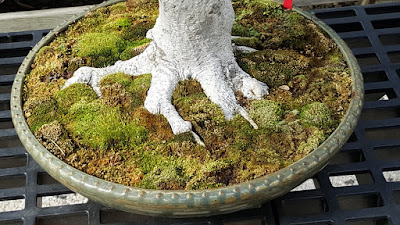 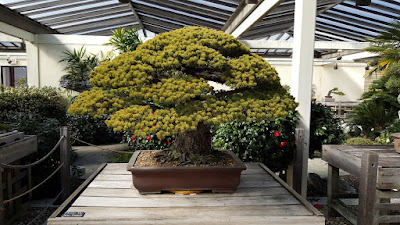 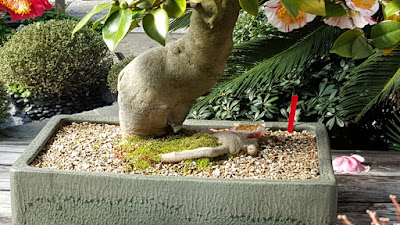 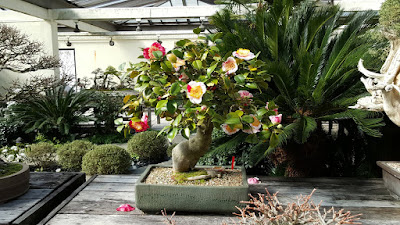 This is just my opinion. I understand that everybody has an opinion. Cheers.

Posted by bonsai-misadventures at 10:12 AM

Email ThisBlogThis!Share to TwitterShare to FacebookShare to Pinterest
Labels: bonsai, controversy, conventions, guidelines, rules, what is a bonsai tree