Spring time, many plants have laid dormant for winter and now they're ready to emerge. On a past post I have shown you how i cut the tap roots off of seedlings. This post is about removing the tap roots from yearlings. The big difference is that I will not use any rooting hormone nor will I use a sandy middle (see:http://bonsai-misadventures.blogspot.com/2016/02/cedar-of-lebanon-cedrus-libani-cutting.html ) to place the plant in. Why am i cutting the tap roots? Tap roots are anchors. They grow long and deep. This is not good for plants living in pots. So, to promote a radial root pattern we remove tap roots. Important: do not let the roots dry out. Try to cut the roots during a cool time of the day. Have some water handy to dunk or spray the roots.

These are Osage orange. These trees were very prolific in the last ice age. The megafauna would eat the fruits and disperse the seeds. I don't know if any animal eats the fruits anymore. No animals munching on the fruit, no animal planting its seeds all over the place. Osage orange was also an important tree for the inhabitants of of the united states precolumbian arrival. The wood is great for making bows.

Enough about non bonsai related topics. All these Osage orange were planted from seed in the same pot. To start we watered the pot. Then we pulled the plants and soil out of the pot. We massaged the soil softly until it all fell off. Then we untangled the roots. You can probably skip the untangling part. I untangled it so I can take a clearer picture. You can just go right ahead and snip the excess root. 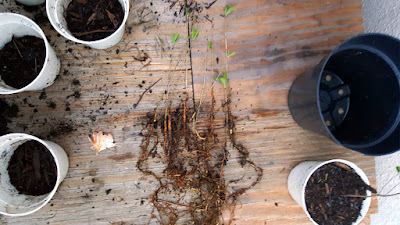 To know where you should cut is easy. Cut an inch to two inches under the soil line. That is under where the plant grew out of the soil. 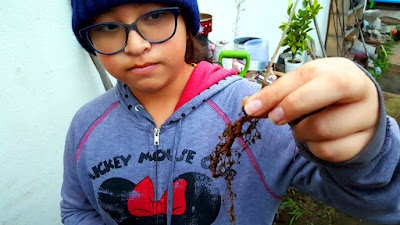 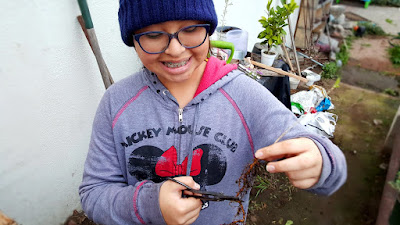 Now repot the plants and watch them grow. Cutting the roots is going to slow growth for a short time. The plant has to grow enough root to feed any new growth. 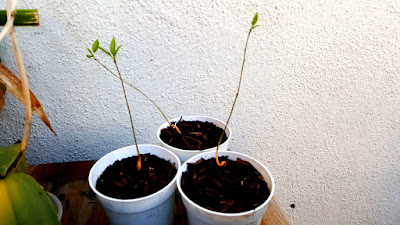 These osage orange were sown in late spring. I don't believe they reached their full potential for last year.  But this year they’ll get sun, some water, and a little blood meal and they should stretch out.

These Acorns I harvested in early October. I planted them a week later. Three weeks after They were popping out of the dirt. They grew all winter here in sunny southern CA. Now in March they have grown about five inches. The procedures are the same as they are for the Osage Orange. Cut an inch to two inches below the acorn. 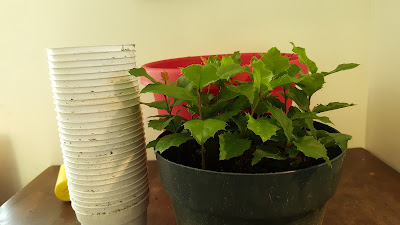 Oak tap roots grow straight down and because they didn't have anywhere to go just started to spin around and they all got tangled. 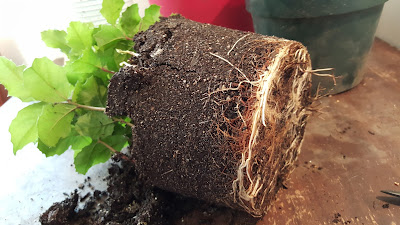 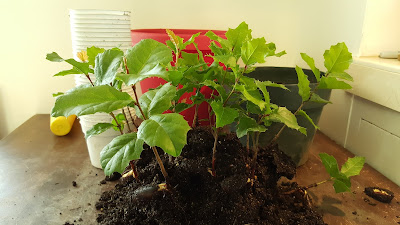 Here they are after the roots got chopped. 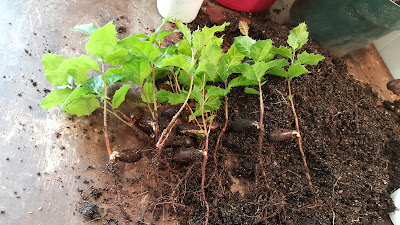 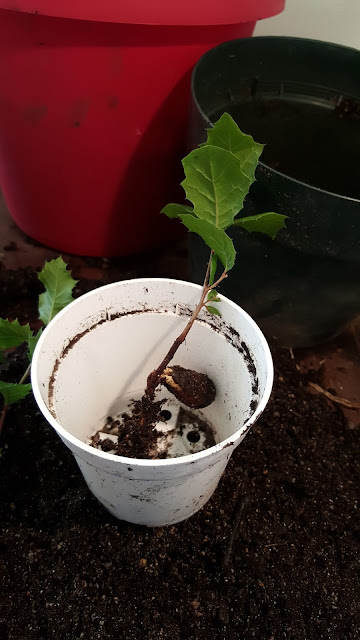 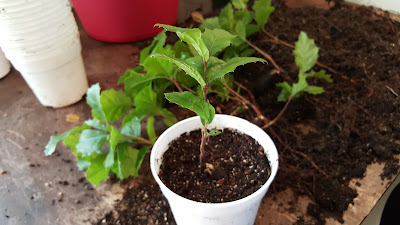 That's it for this batch of Oaks I have 3 more pots to do. 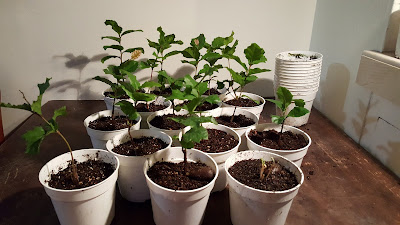 This was the longest Oak seedling that I found.
It measured about two feet. 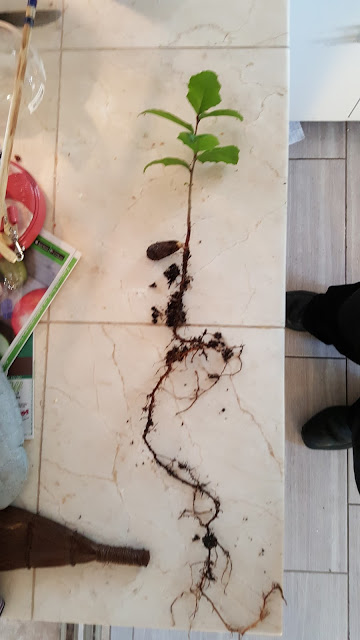 I have lost a few of the oak trees. I pruned some cork oak right after and they are doing fine. I believe that i waited much to long to prune the Live oak. All the cork oak were much smaller than the live oak. The live oak that were smaller are doing great.

Posted by bonsai-misadventures at 9:00 PM