The bonsai and penjing Museum at the National Arboretum Washington DC 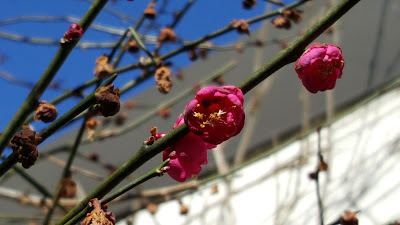 My wife went to a convention in Washington DC and I was lucky enough to tag along. I wanted to see all the usual stuff. I saw the war memorials, and the museums, and even a trip to the National Archives and Library of Congress. It was amazing. The icing on the cake was the National Bonsai and Penjing Museum at the National Arboretum. 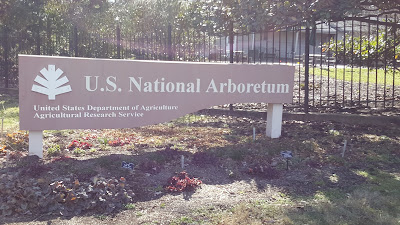 I stayed at the Gaylord resort which is in the National harbor across the potomac south of Alexandria which is about 25 minutes from Washington DC by car. However I didn't have a car and I had to rely on public transportation. The National Arboretum is east of the Mall. To get there I had to take two buses and go on the subway. Travel time was about 2 hours, the temperatures for the day was a high 44 degrees and super windy. One thing about Washington DC is that in the winter there fixing everything up perhaps because there's less tourists. So, they take the time to make things better for spring and summer. This was so at the National Arboretum and the bonsai and penjing museum. To my surprise the museum was under construction. One more thing that you need to know about visiting the bonsai and penjing museum in the winter many of the trees are not on display. True enough many of the tables for the bonsai were empty. So, to sum up my experience at the National bonsai and penjing museum is that, IT WAS AMAZING!

I don't know how much time I spent at the BPNM, but I loved every moment. I was the only person in the museum. It was all mine and I didn't have to share it. There wasn't even a curator to be seen. I felt like I owned the place.

Even though they didn't have all the trees that they usually have out, they had a great many trees on display. They had Pines, Elms  chamilias, junipers, and a bald cypress. They had a great variety of species and they had tropical bonsai in a green house. 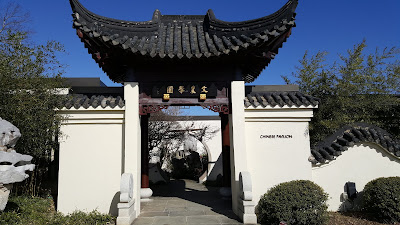 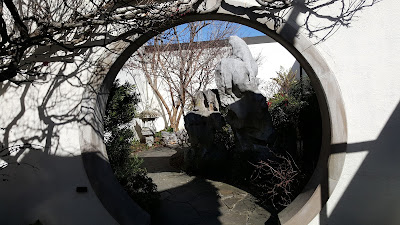 Once you go through that circular doorway there is a door to the right. Before you even walk through it you see the first few bonsai. It is an amazing feeling because I was the only person there and I could take all the time in the world.

One thing that happened while I was at the museum is that I decided that my favorite type of Bonsai to look at is the goyo Matsu the Japanese white pine. Needles of the goyo Matsu is what you see in some ukiyo-e that depict bonsai. The color is beautiful, the needles are compact, and in tight bundles. When the bundles are all positioned up it makes the Bonsai look very beautiful and textured. I have one white pine seedling. They are very large compared to the black pine, but I'm definitely going to focus on growing many more white pine. 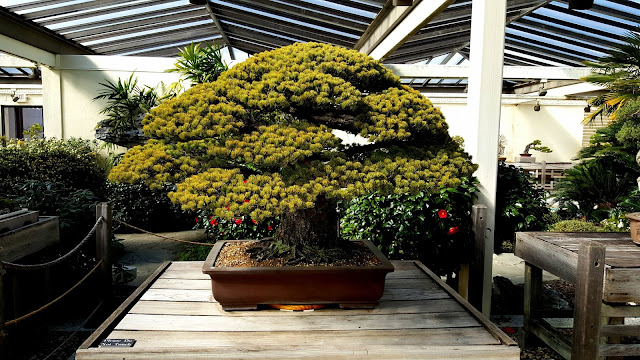 I do find it interesting that the white pine is shaped like a mushroom you know like an atomic blast. Also there was a stigma associated with atomic blast survivors in Japan. I don't know if all this led to the donation of the tree.

That's it for this post but I will continue with my adventure at the bonsai and penjing museum. Cheers.
Posted by bonsai-misadventures at 11:22 AM