Bonsai 101: Fixing to much exposed roots

Hello, bonsaiaphiles. What are your solutions to major bonsai problems?
I had a Japanese boxwood that I found in a nursery. It was old and tucked away where only a bonsai enthusiast dares to go. You know what I’m talking about.
There was this JBW (Japanese boxwood) that had a lot of potential. However, over the
years watering it had washed away the top layer of soil exposing the roots.
I did not mind it so much. It even in my humble opinion looked nice.
It was in a 5-gallon pot. I worked on it for two years getting the roots short enough to pot in a shallow pot. The branches and leaves were looking nice. 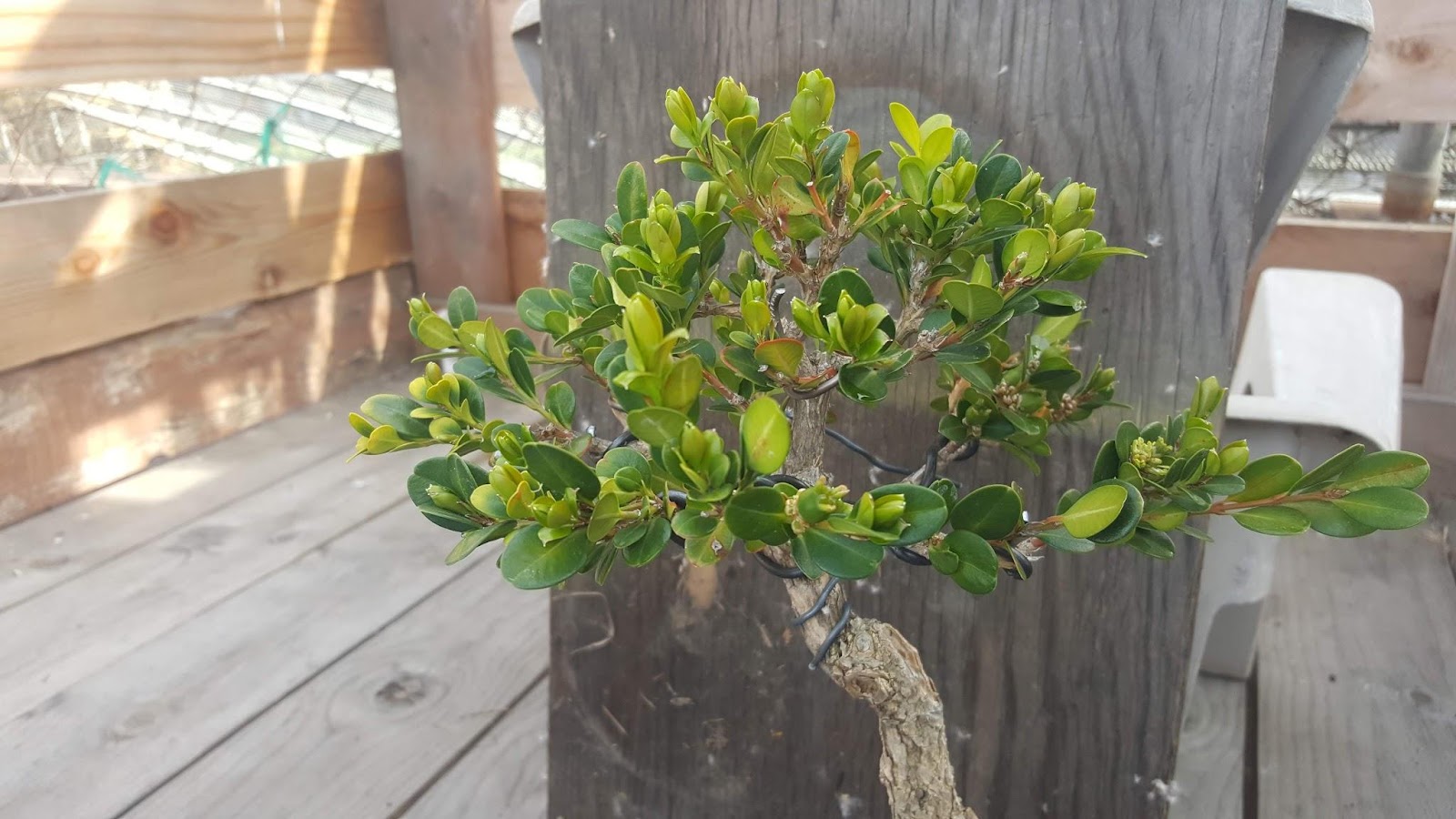 The elephant in the room was the roots: 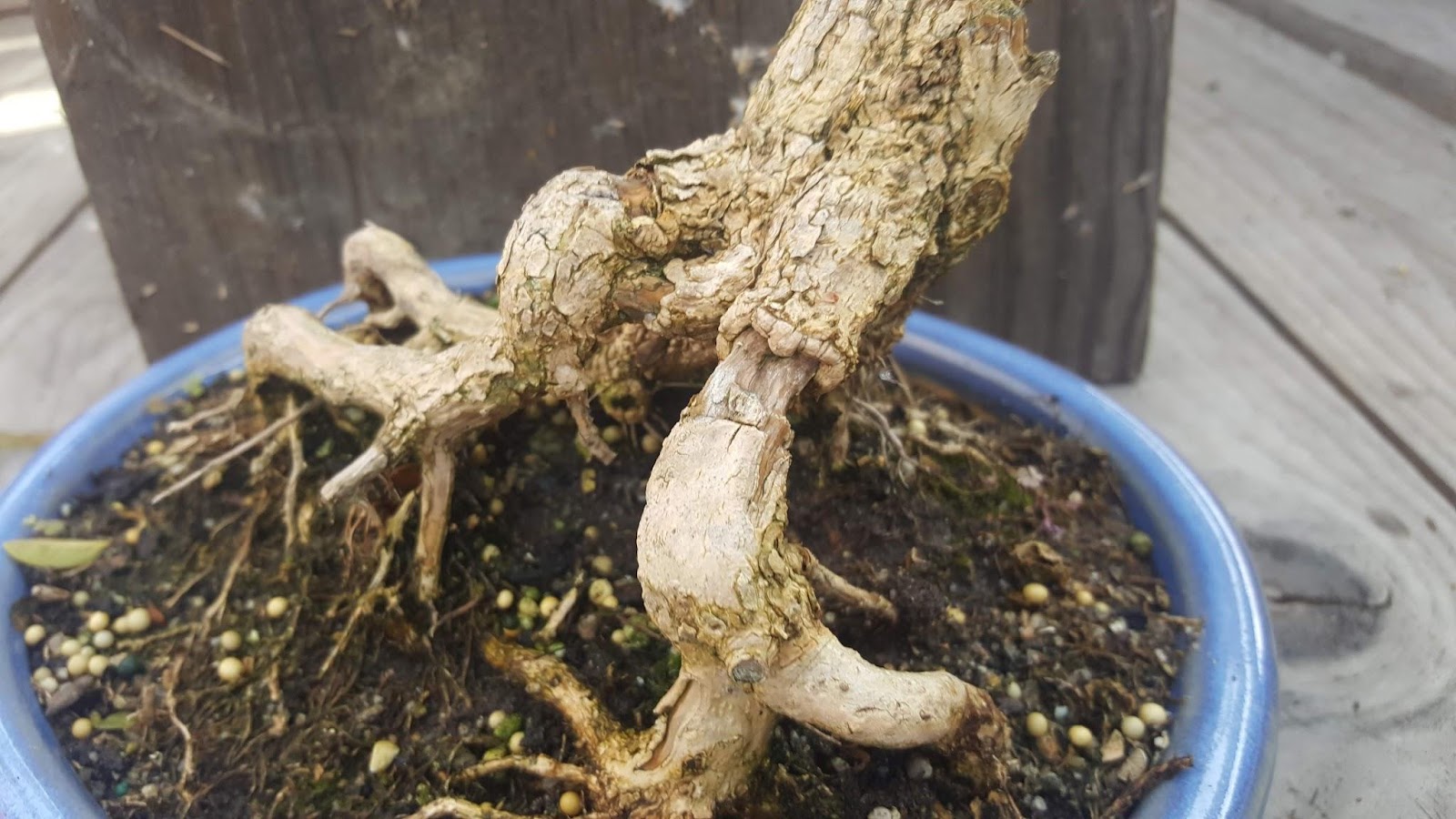 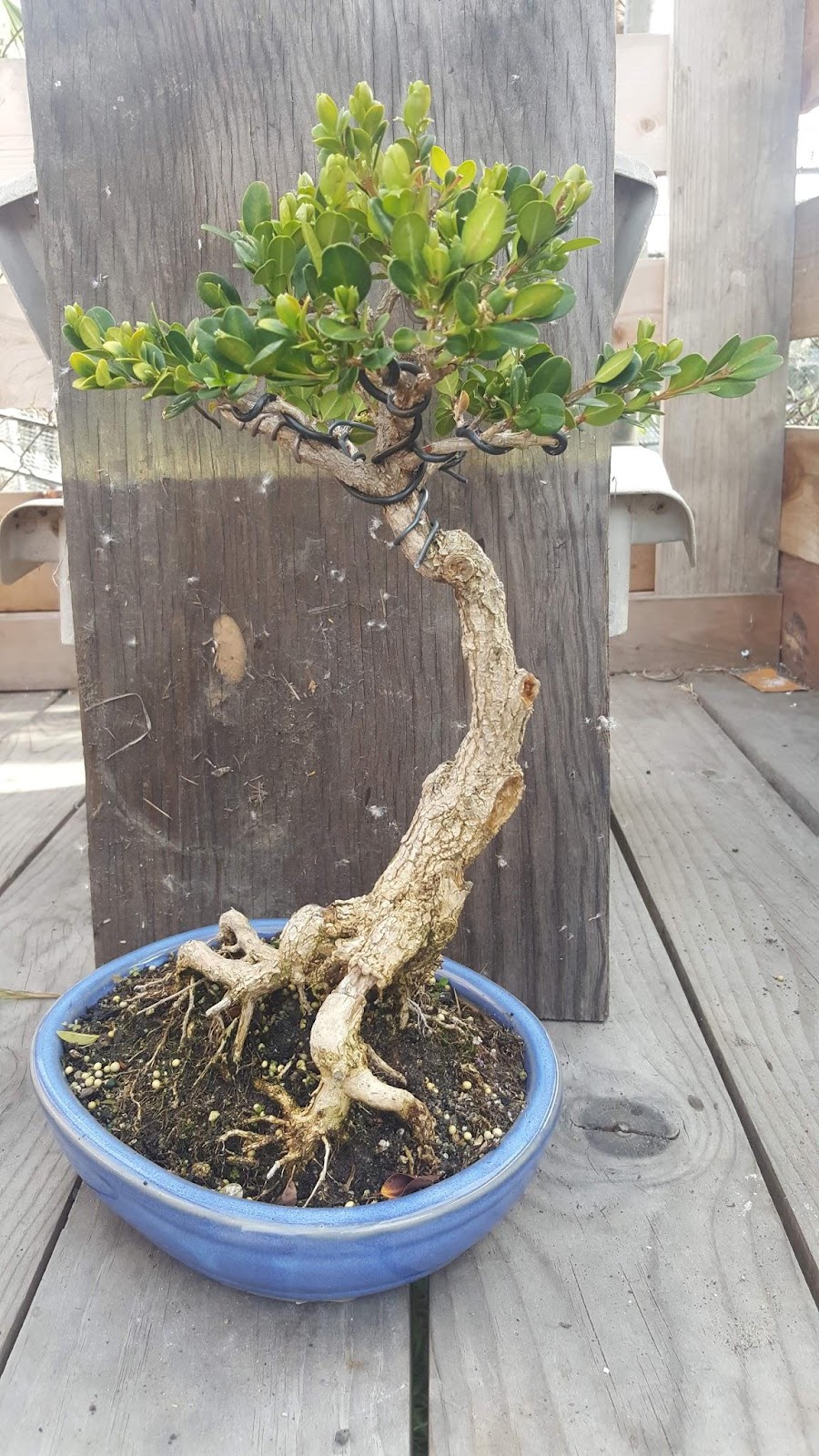 Is this the best tree in the world? Of course not, but I love it.  I always thought that putting
a rock in there would be the best idea. I would need to find a rock that would first, fit in there.
Second, that looked natural and not forced. I stumbled upon this rock in my garden: 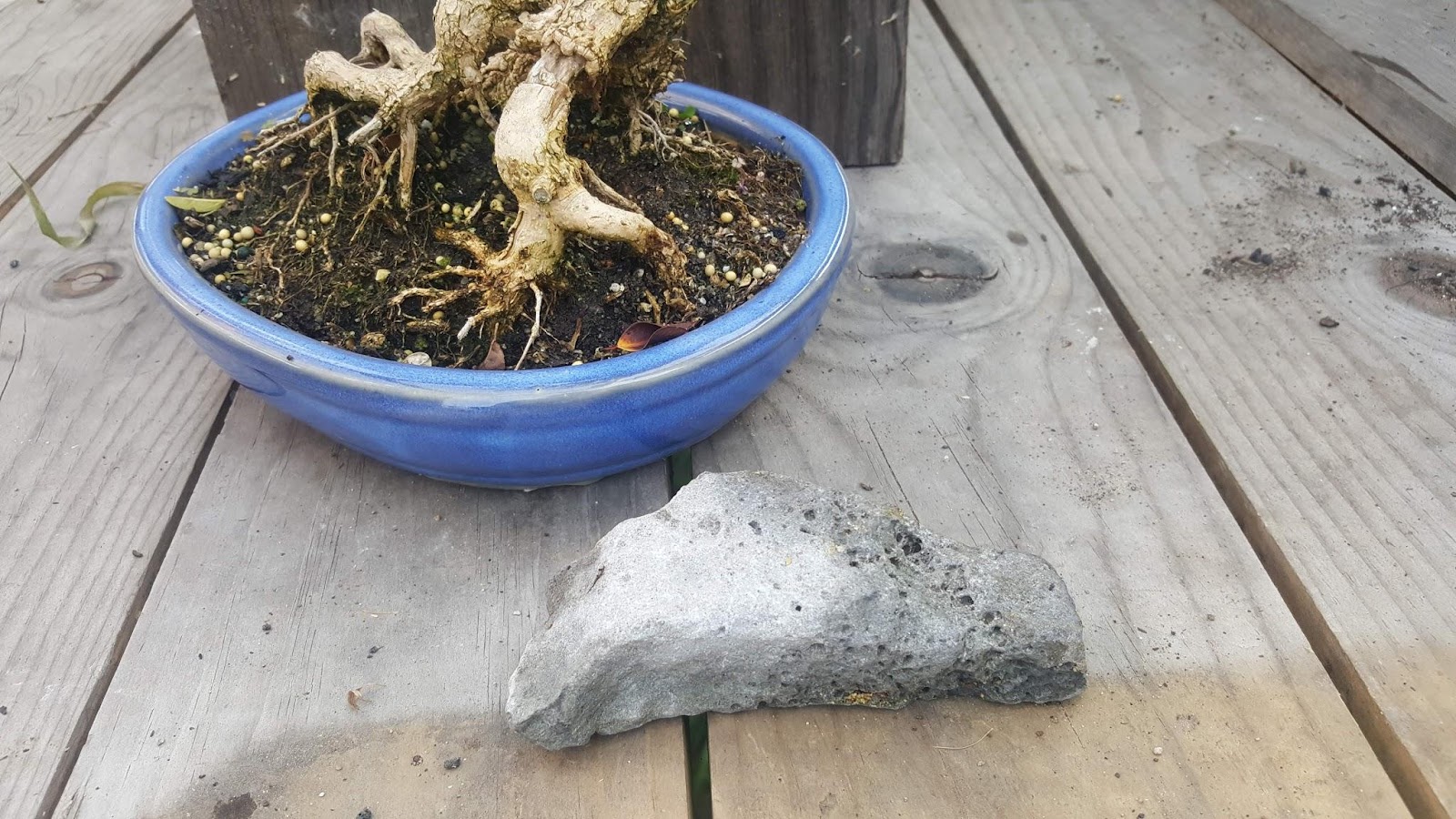 I removed a little bit more dirt. Then I started to wedge the rock in the space between the roots.
I did not want to force it and break the roots. 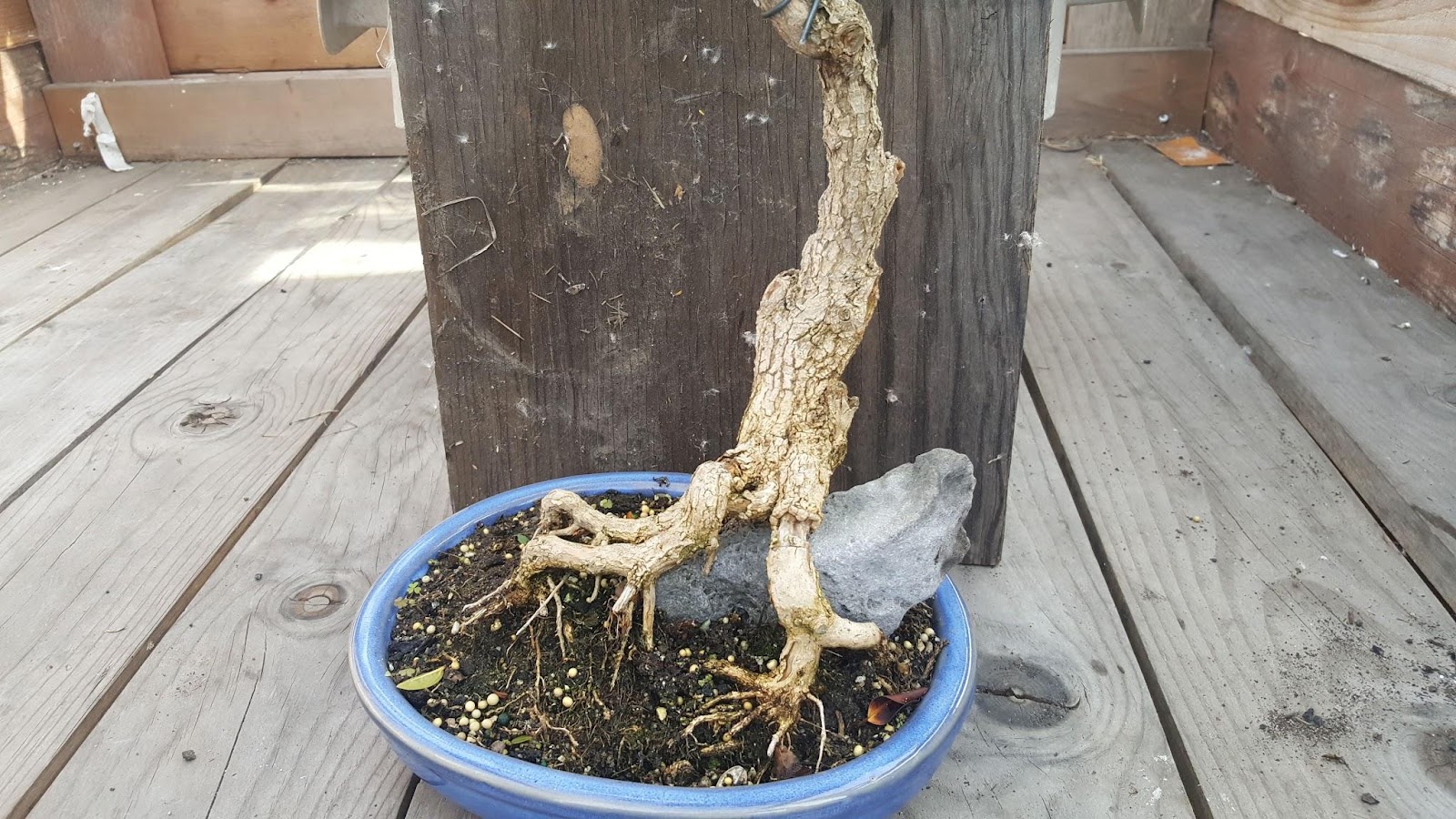 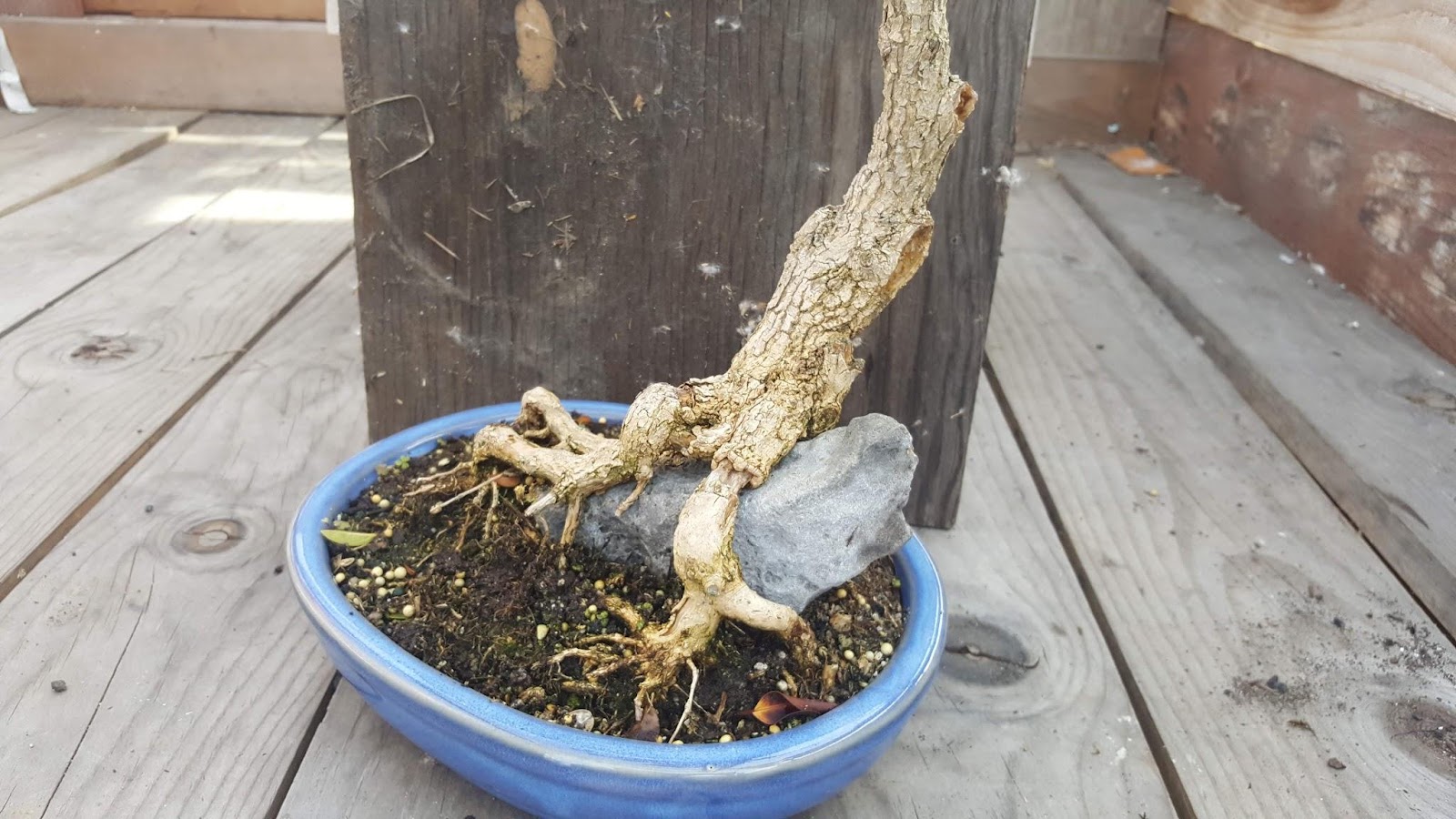 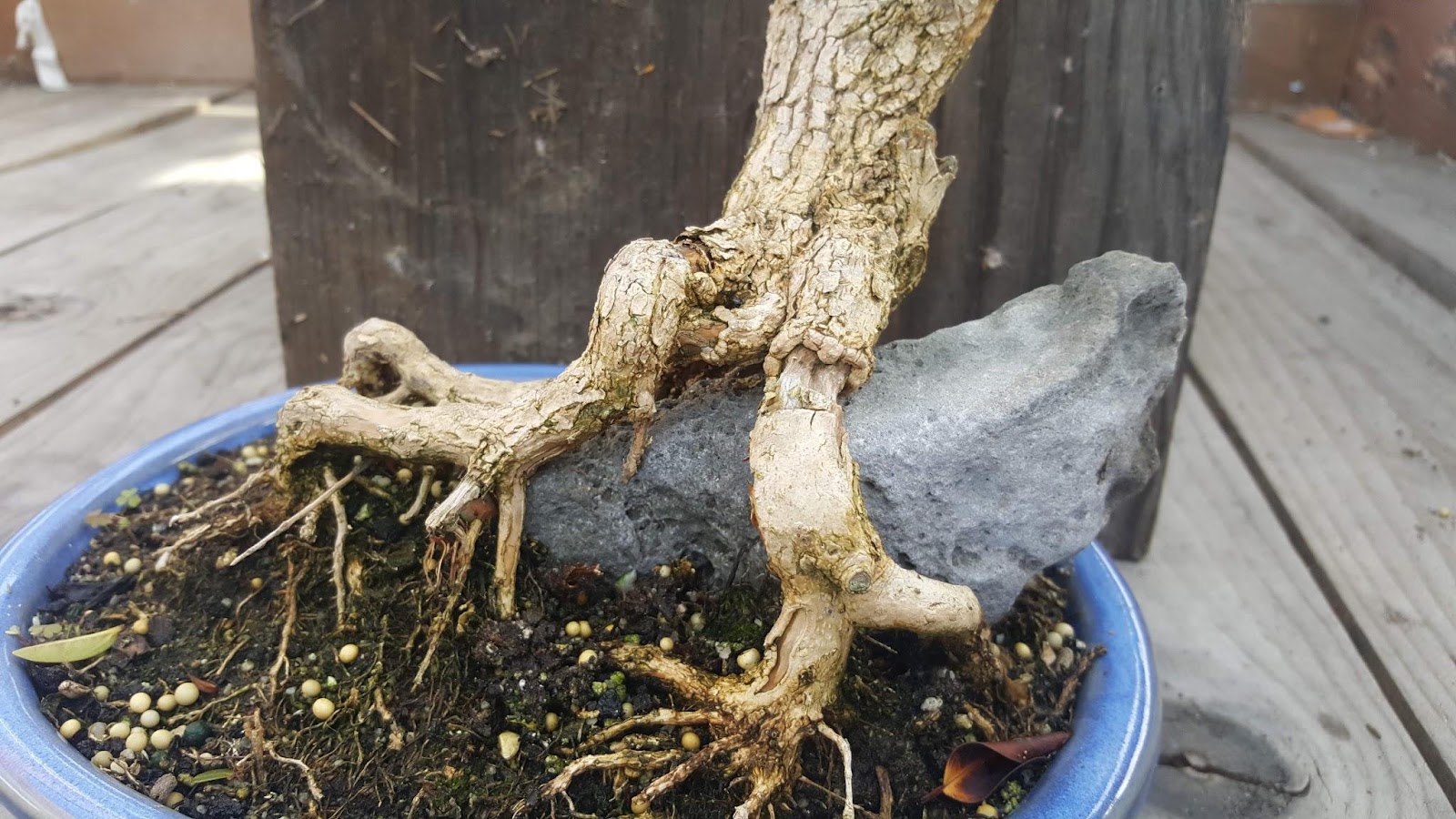 Here is what the whole thing looks like after: 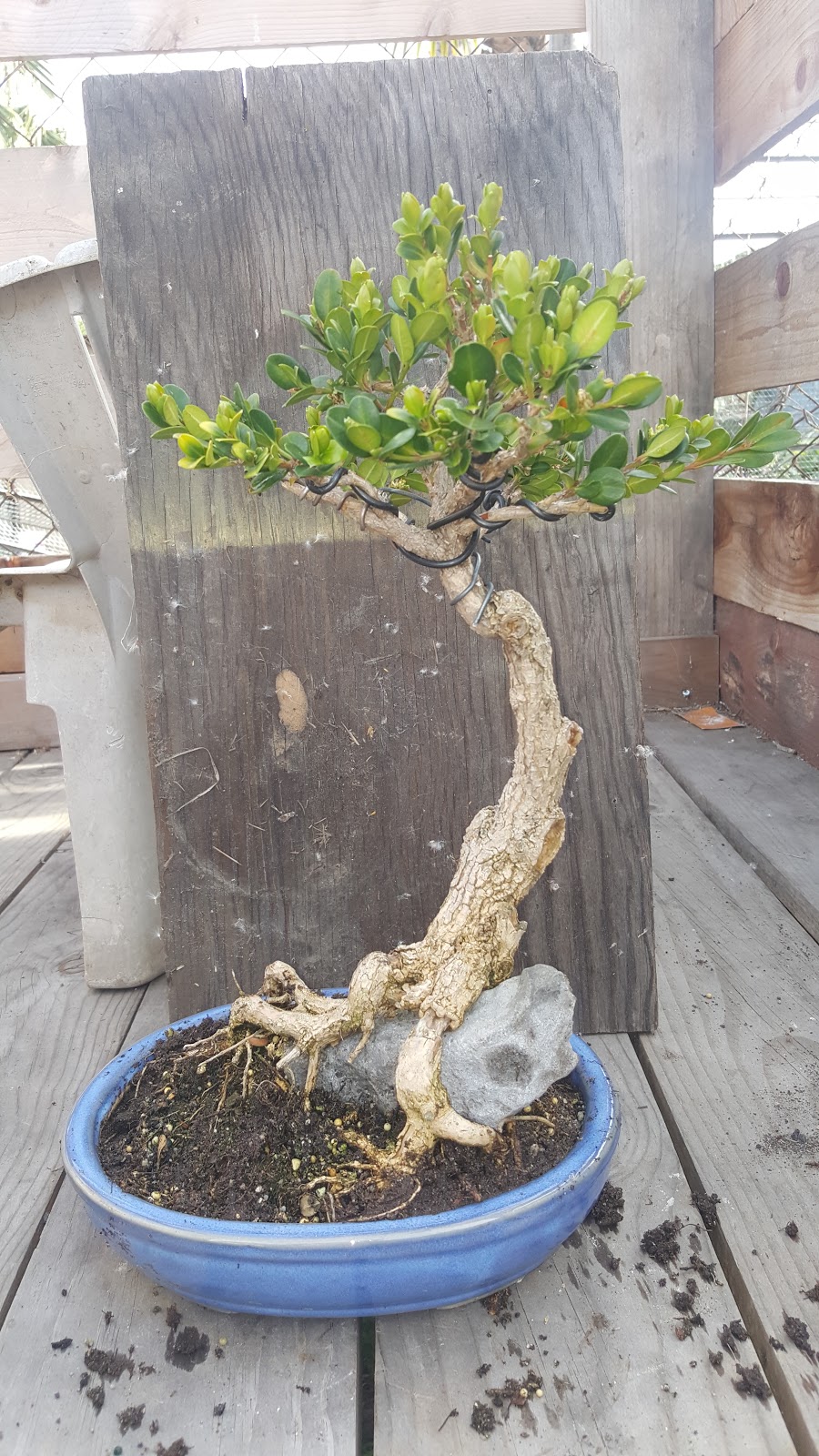 It almost looks like they belong together. I would like it to slide a little more in. Ill tap it with this small hammer.

See how the rock curves up mimicking the trunk? That is a very good part of the design.

That's what I did. It came out pretty good if I do say so myself. There is a sense of satisfaction in solving these issues.

Do you have any similar experiences?

Posted by bonsai-misadventures at 9:54 PM