What if you were developing a bonsai but all the roots are growing to one side? What if you find a tree with lots of potential but the soil has left many of the large roots exposed? I had this problem with a Japanese boxwood and a cotoneaster. Now that spring is here I decided to air layer the tree. However, I am not going to separate the tree from its original roots. What I am going to do is encourage new roots to grow from a better position near the base of the tree.

This is the cotoneaster That I am working on. I bought it last year. I rooted some of the cuttings from this tree. It is a fighter. 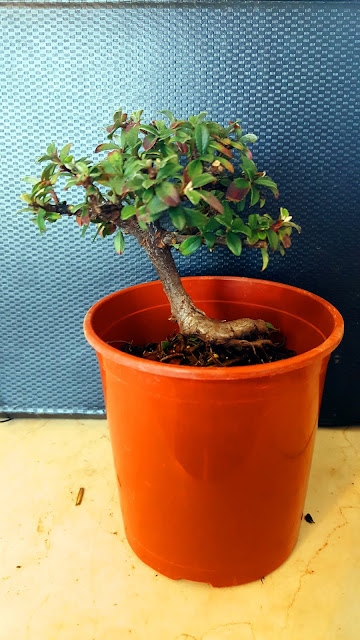 The problem is that all the roots are growing in one direction. There will never be radial nebari (roots). Problem number two is that the soil line has dropped causing the fine roots to shrivel and die. The main roots have hardened so there is a very minimal to no chance of growing fine roots. I am going to help this tree overcome its challenges. 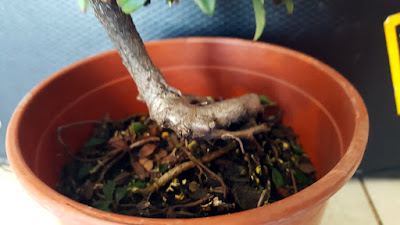 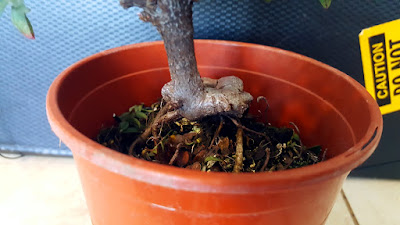 First, I am going to remove a ring of bark from the two main roots. I need to remove the cambium layer as well. Second, I remove a patch of bark and cambium right under the trunk where the roots start bending away from the tree. I want roots to grow from there especially as there are none. 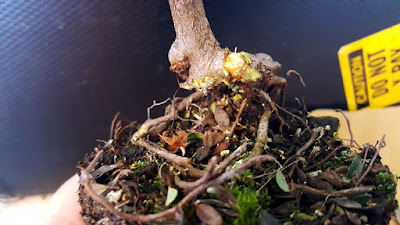 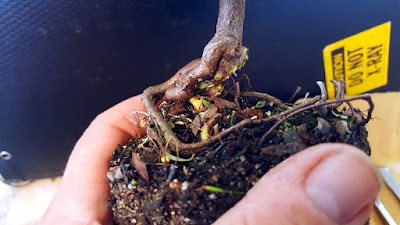 I apply rooting hormone to the open wounds with a small paint brush. You can actually see the severity of the problem from this angle. I need roots to grow like the rays on a painting of the sun. 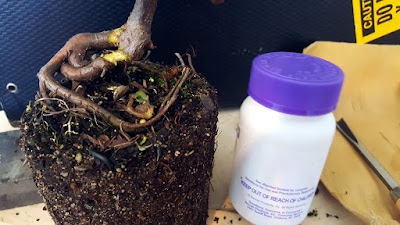 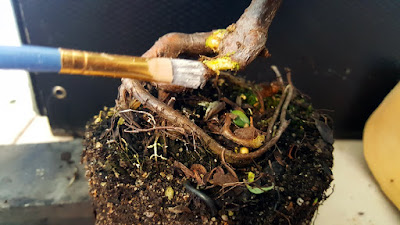 Finally, I add this superfine coconut husk medium. It retains water but does not stay too wet. This is experimental as I have never done this with coconut husk. It is fairly inexpensive, It is very compact when you buy it and it seems to retain just the right amount of water. It sold as soilless seed starter in the shape of a brick. Just add water. 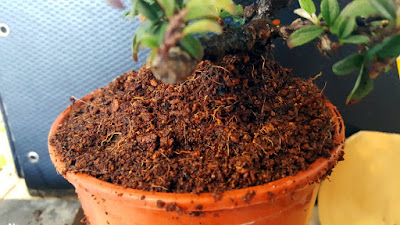 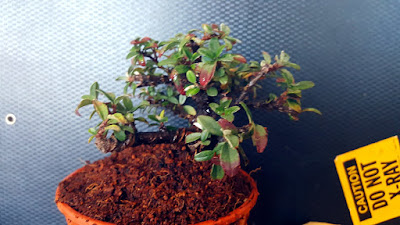 I am going to leave this alone through August. How will you know if your plant is ok? When the leaves turn brown I know it was a failure. When there is new growth then all is working fine. That's it for now. I have some updates for some of the other projects that I started last year coming up. Cheers. 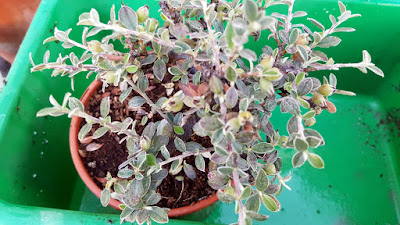 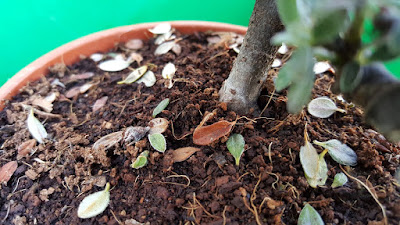 Everything looked normal until I popped the tree out of the pot. There I saw big new roots growing from the coconut coir down into the sandy soil. This was a very good sign. 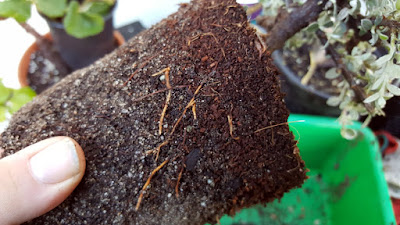 I dug around and removes the coconut coir. I was pleasantly surprised to find that there was a thick root mass growing right at the air layer. 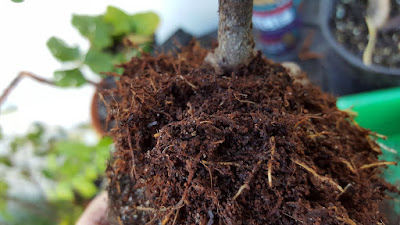 New roots on top mean I can slice off part of the root system at the bottom. But best of all the new roots will cover that ugly tap root that was keeping this tree from reaching its full potential.
Posted by bonsai-misadventures at 12:00 AM