Pomegranate, a tough tree for these tough times

Pomegranates make great bonsai. I highly recommend these for beginners. Pomegranates are vigorous trees. They love water and fertilizer. They are also drought tolerant (potted plants should always be watered at regular schedules). Pomegranate readily grows new branches after a pruning. A drawback to the pomegranate is that when a branch becomes lignified it become very brittle. That means that it prefers clip and grow instead of wiring. 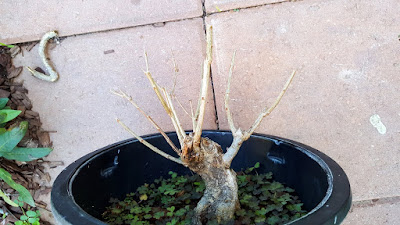 I have had this pomegranate for a year and a half. The first year I did not do much to it. The second year I trunk chopped it. You can see the scar in the picture. The trunk had an incredible taper. I wanted a broom style tree so I chopped off the top and left a thick branch on the side. You can see it under the scar. After that I let it grow. 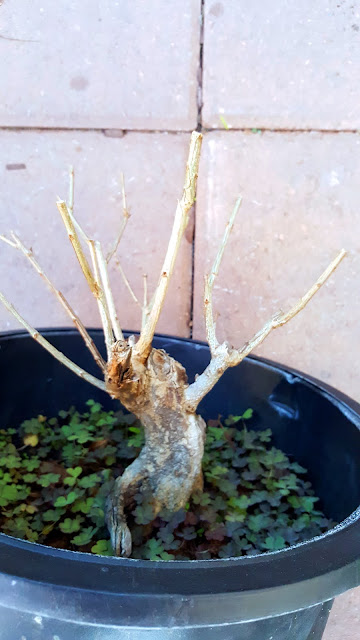 One day I was moving some pots when I noticed I had broken the new branches. The branches were green and soft. I would have to start all over. It worked out for the best as the newer branches grew in all the right spots as you can see from the picture.

I chose this tree because the trunk was thick, it had a very nice taper, and it was relatively inexpensive (you know me, I'm on a tight budget). The bark was nice and rough. Also, it had a dead surface root which I thought lent itself to nice jin. 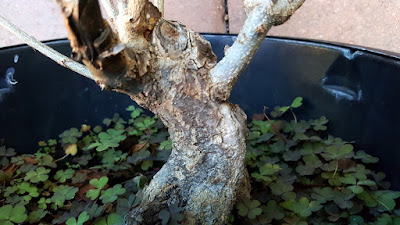 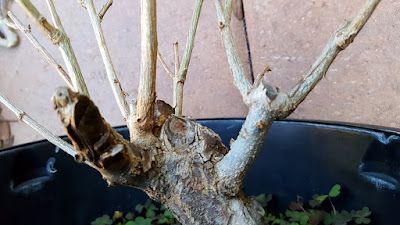 It lost all of its leaves this winter. I know a lot of pomegranates keep their leaves. I was scared for a while that I had lost this tree. When I checked it this week I saw buds swelling and was much relieved. There are buds up and down the branches. This little tree is trying to work with me. 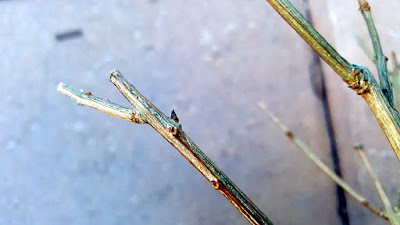 A note on pomegranate. I know people like to leave flowers and fruit on fruiting trees. As a rule, I cut flowers off as soon as they bud. Why? It takes energy to make flowers and fruit, and at this time I want to direct all the energy toward growth. Cheers.

I found a pic from last summer. 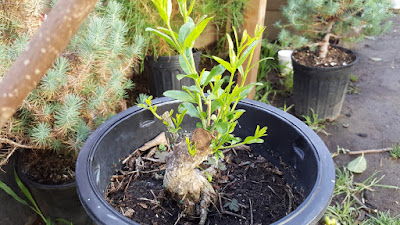 The leaves have broken out. Happy days are here. 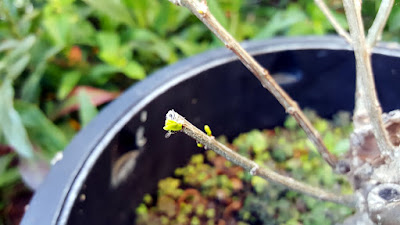 Posted by bonsai-misadventures at 12:26 PM