My father wanted me to get rid of an apple tree. The tree was about 10 years old. It was probably planted by a passing bird. The problem is that it was growing next to the wall. so, before things got out of control we had to get rid of it and in the process, I would collect a new tree to turn into a bonsai.

I cleaned the trunk a bit. it was a multi-trunk tree. the smaller trunks were cut back but not removed completely. 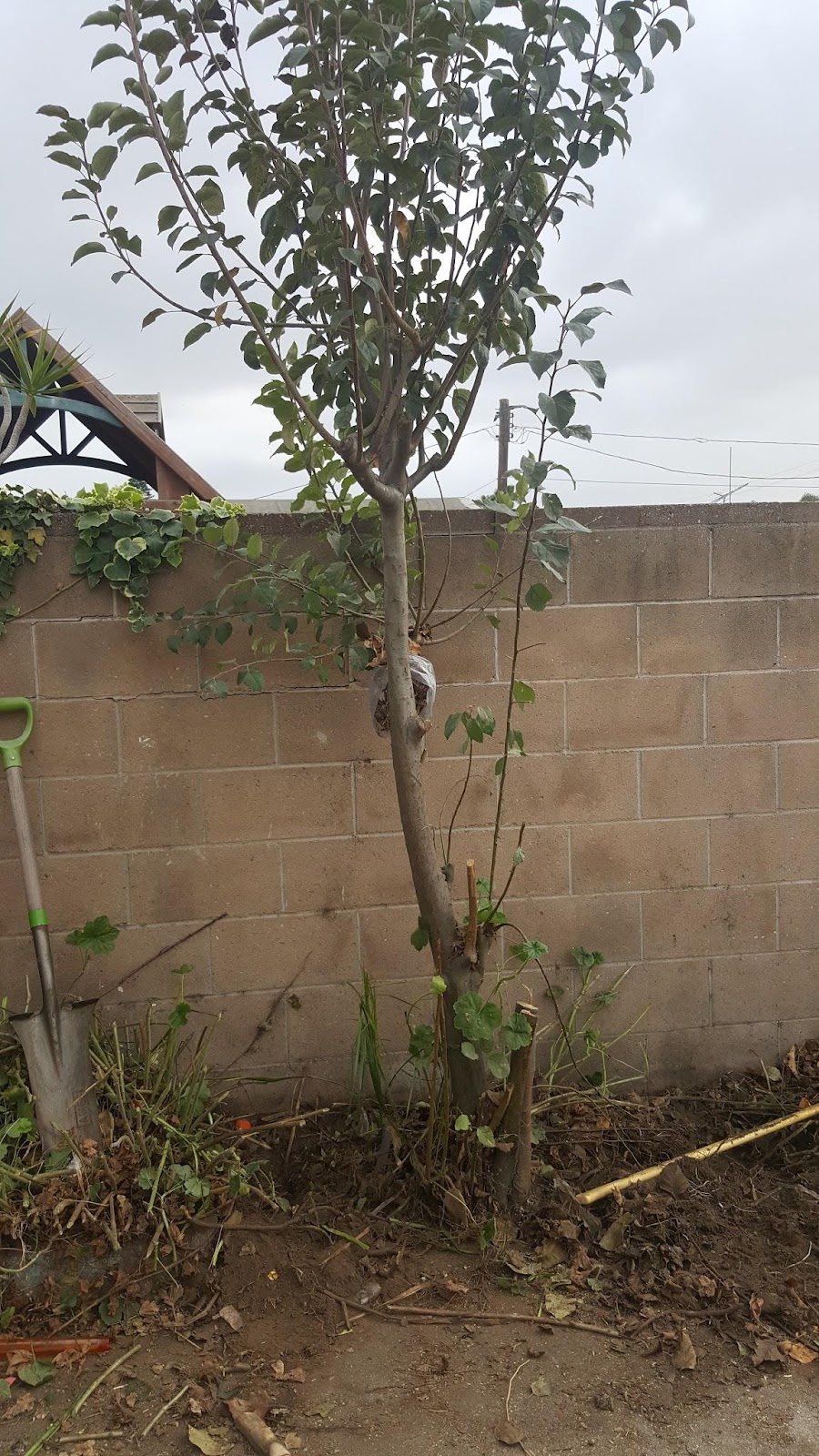 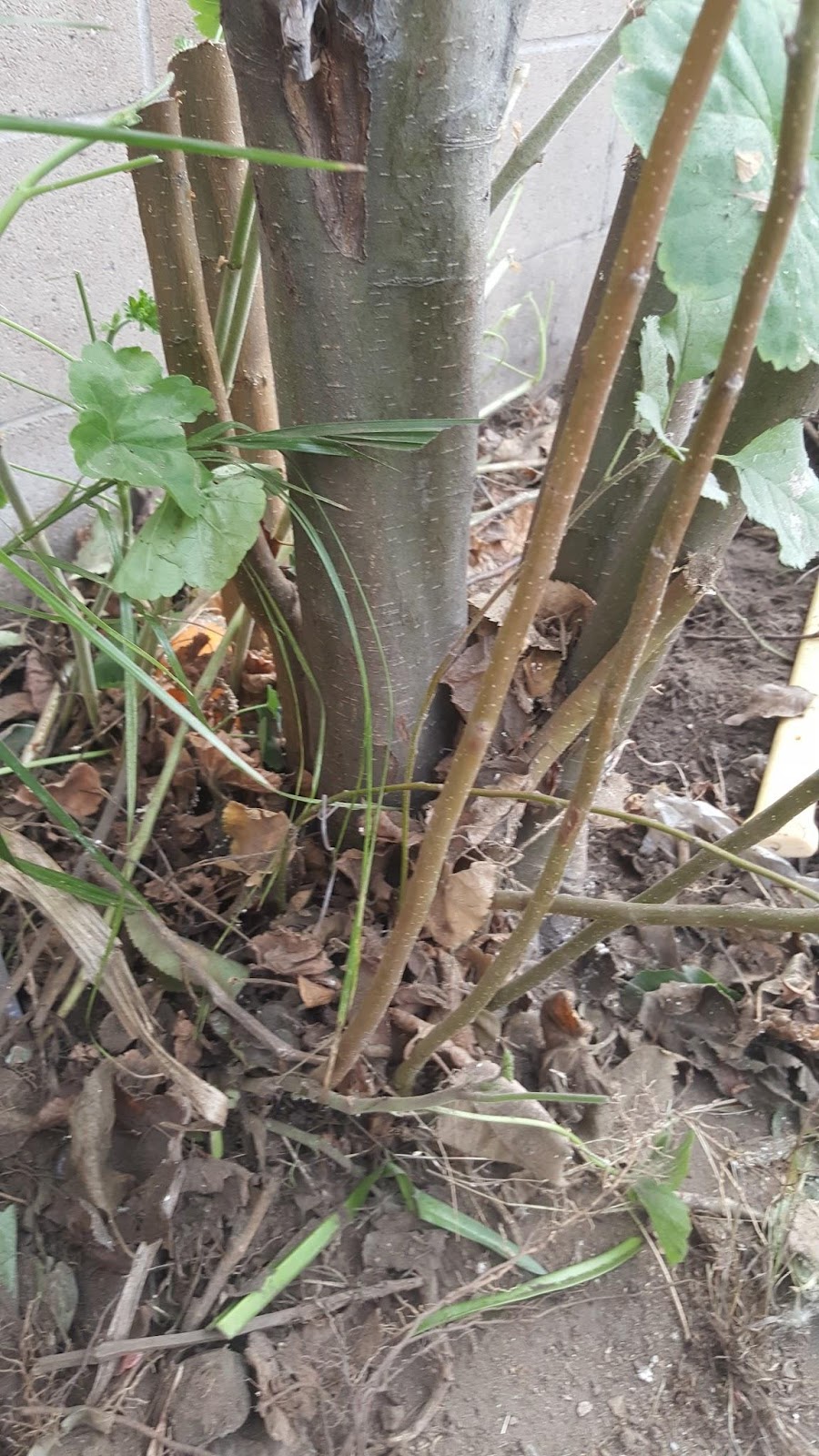 Surprisingly (or maybe because there was a concrete slab under half of the roots) there was plenty of fine roots and only a couple of very thick roots. This was the bigger of the roots. The saw cut right through. The tree did not release though. 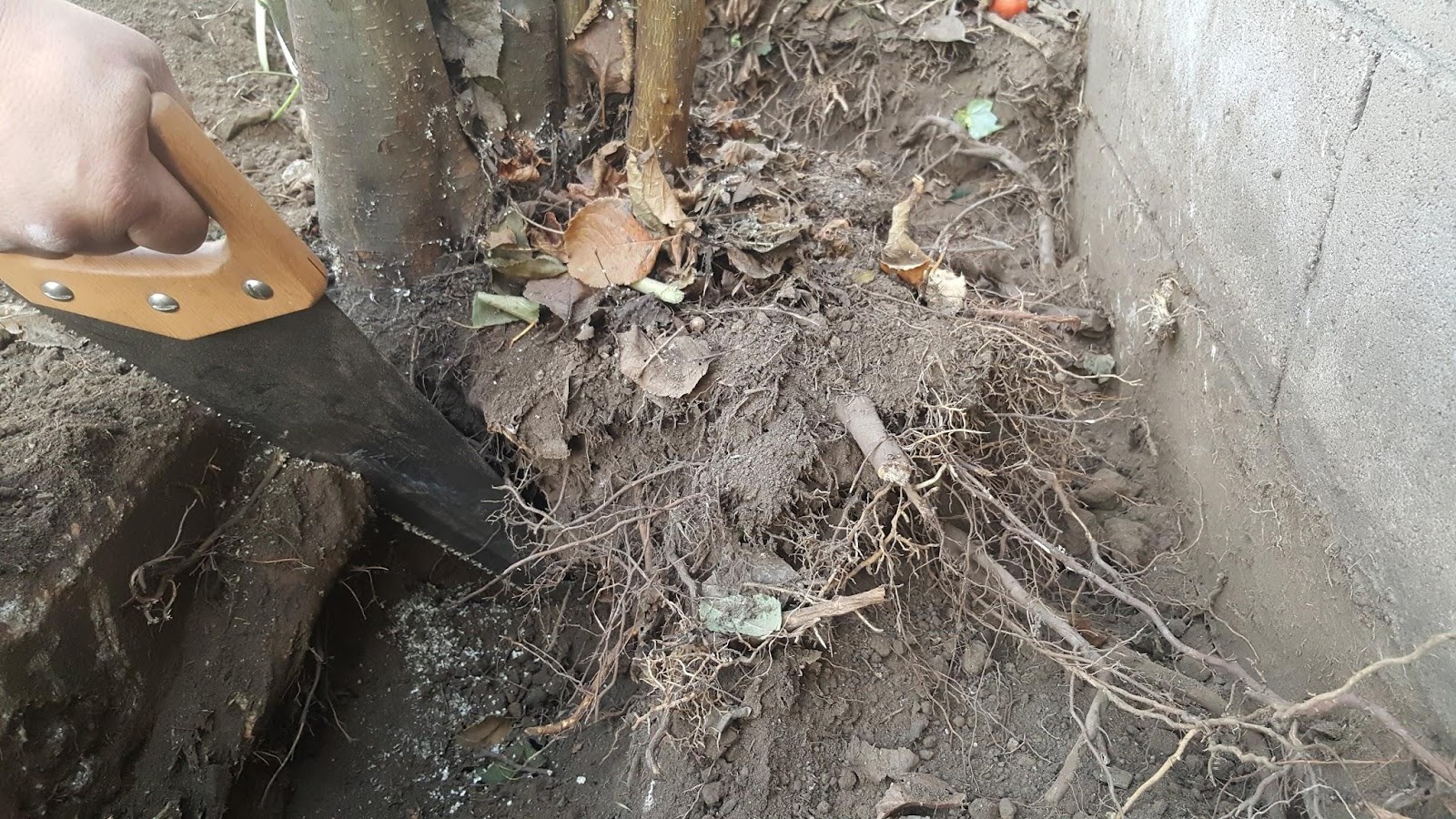 The tree had a massive taproot holding it down. the angle was awkward but once the dirt was removed from one side all the way through it was easier to cut through. 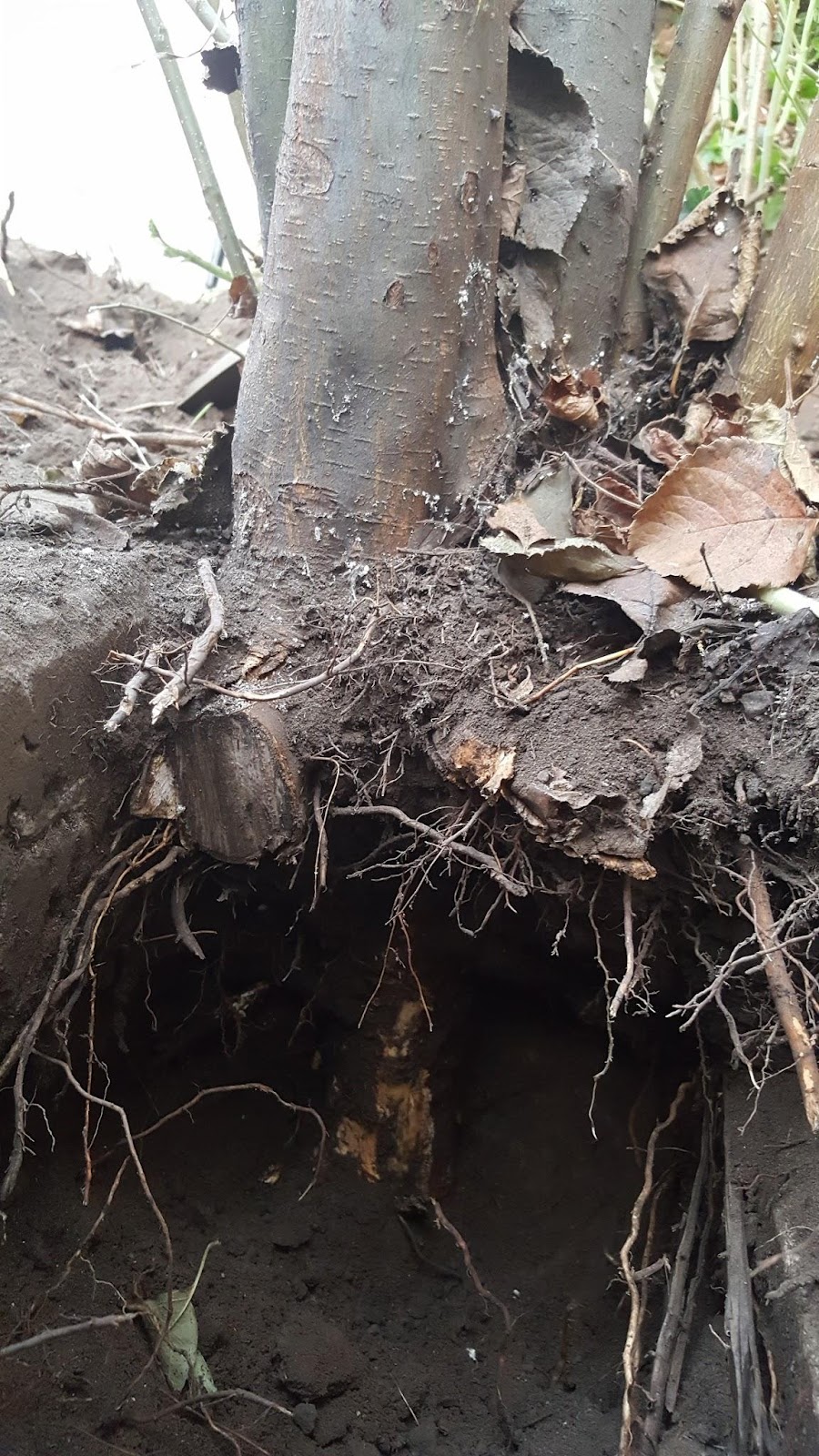 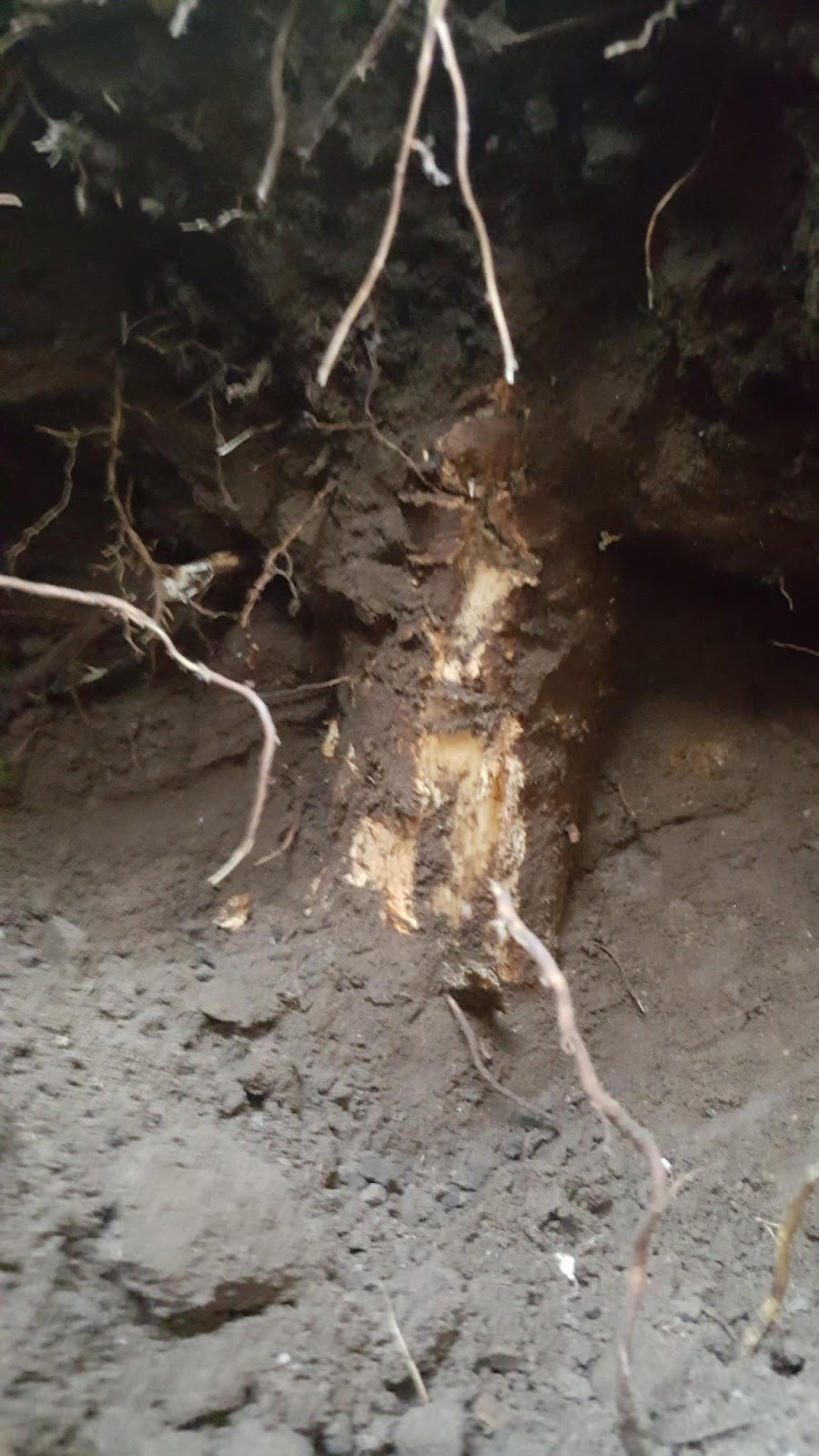 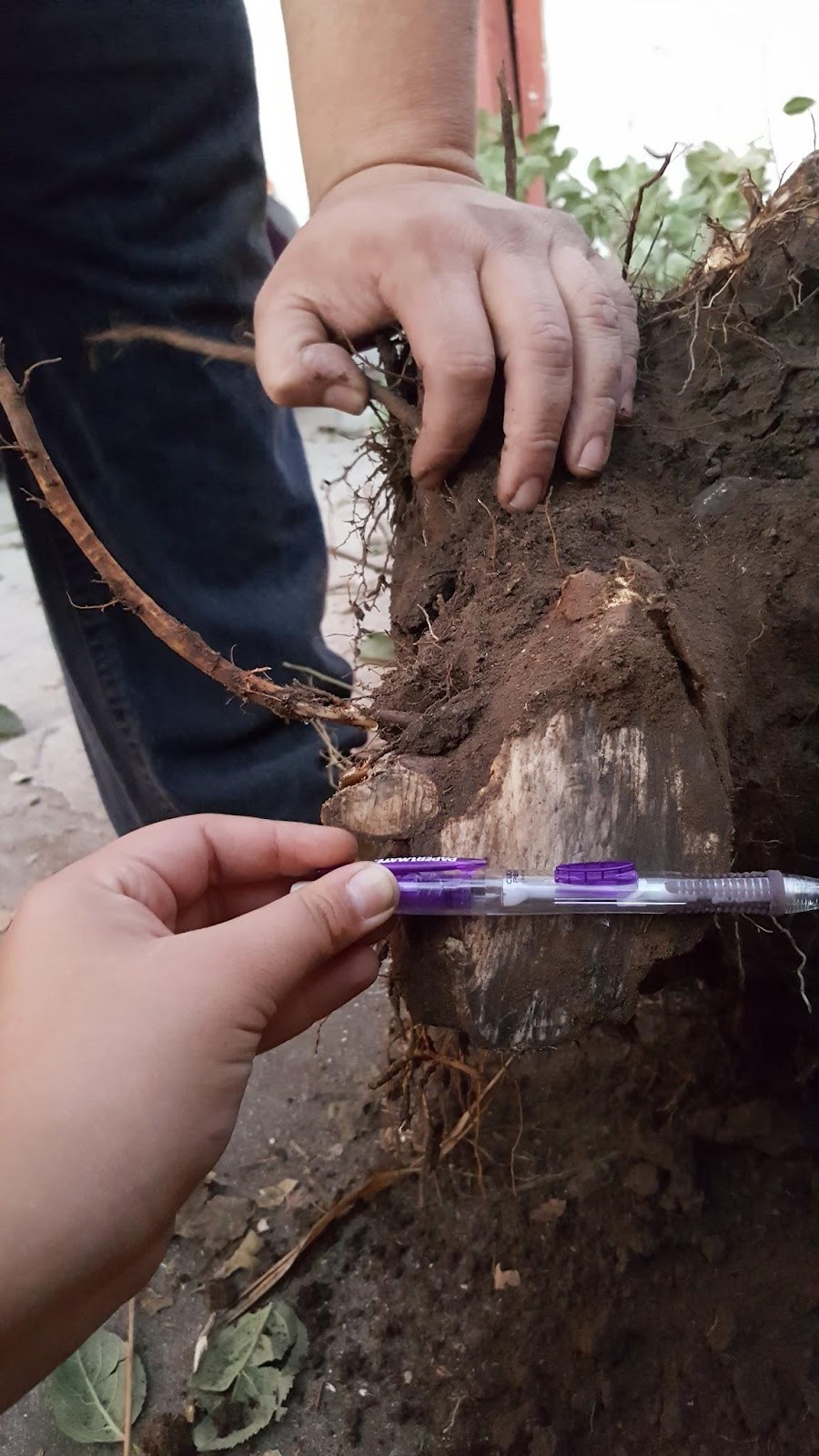 I took a saw to the taproot again because it was still very big. I had built this box out of broken down pallets. I covered the roots in compost and watered. Ill prune off the extra bits sticking out but I am pretty much done. 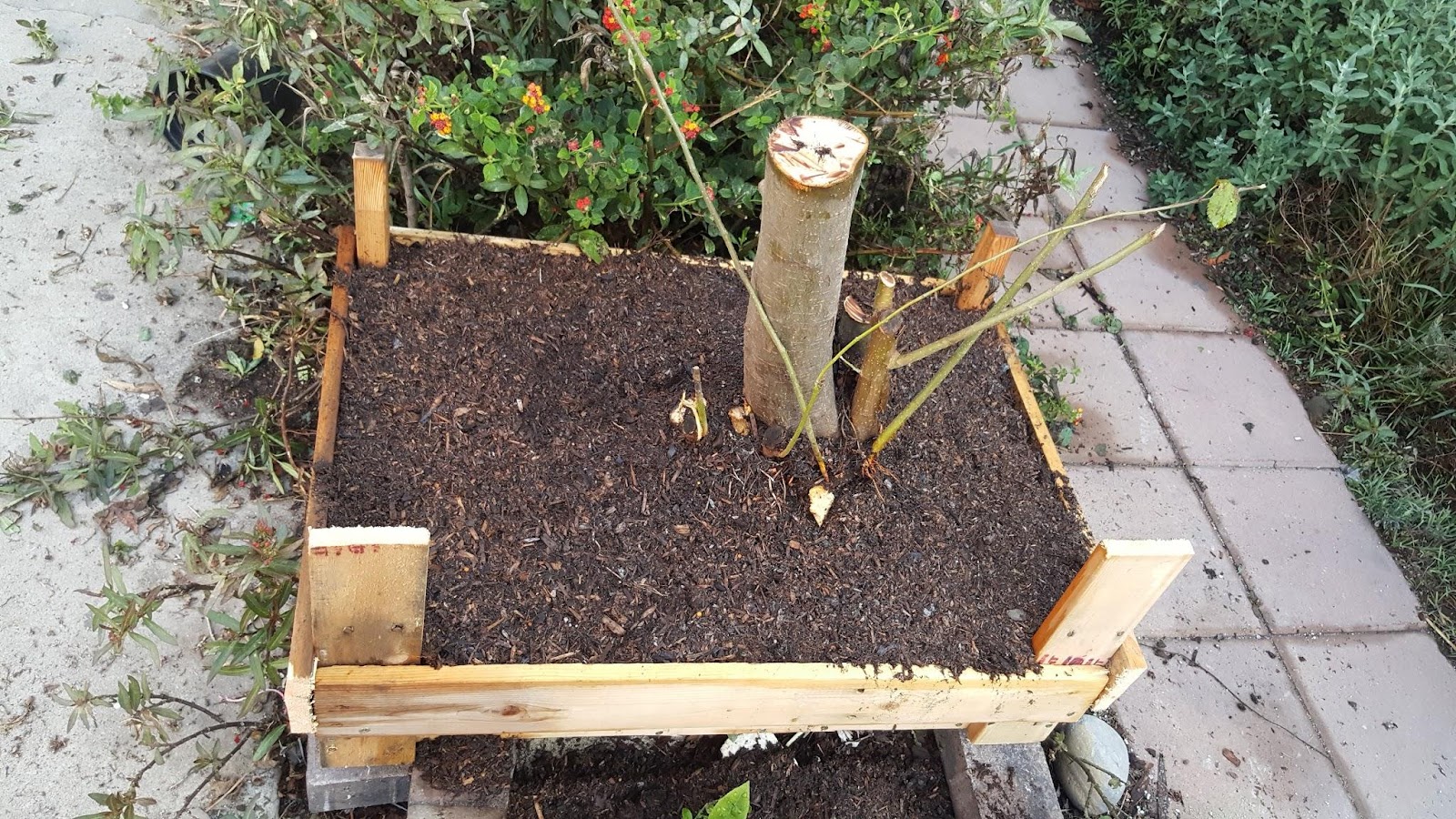 This is my second time prying a tree from its comfortable home. Hopefully, this one survives.In any case, I have a peach tree to remove next weekend. Wish me luck. Cheers.
Posted by bonsai-misadventures at 12:00 AM