Have you ever seen the ficus benjamina trees whose trunks have been braided? After many years the trunks fuse and it literally becomes one tree. This is called inosculation. It happens with trunks, roots, and branches. We can use Inosculation to make a banyan style bonsai.

Banyan trees are trees that start their lives as epiphytes. They grow aerial roots that grow down to the ground. These roots overlap and fuse creating a multilayered trunk. It is a very exotic look. Banyans grow to be immense trees. The branches can grow to be as big as trunks themselves. These branches grow aerial roots that end up supporting these massive branches. I personally love banyan style bonsai.

First, you need rooted ficus cuttings. I used Chinese banyan branches. You should use branches of varying size for an aesthetic effect. You must bind the cuttings and leave them for a year. Yes, one year. Oh, by the way, it is going to take about three years to finish this project. It is a long time but the outcome is great. I used zip ties to bind the trunks. When the zip ties started to make marks I would cut them off and tie new ones on a different place. Before wiring, you have to look at all the branches. Try to figure out what branches will go where. 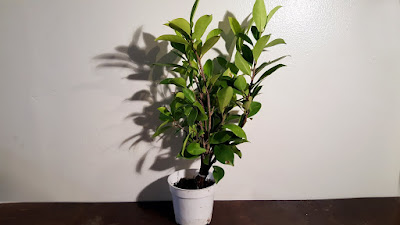 For the lowest branch, I chose the thickest one. As I wired each consecutive branch I would bend them away from the trunk. There will be time for adjusting them after all the branches are wired. One thing to remember is that the tree will look more pleasing if the thicker branches are under the smaller ones. This should be easy to remember as the thicker ones are usually longer than the thinner ones. 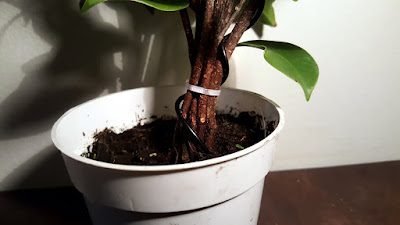 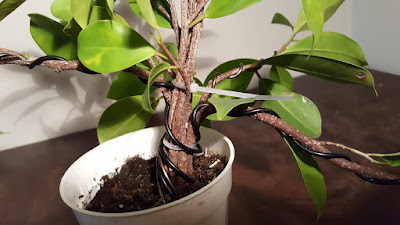 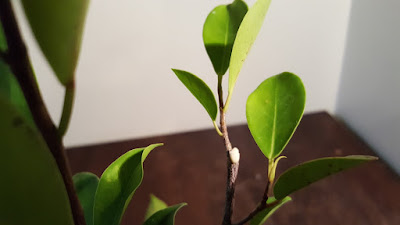 This is what the rough cut looks like. Now it is a question of refining by creating fine ramification. 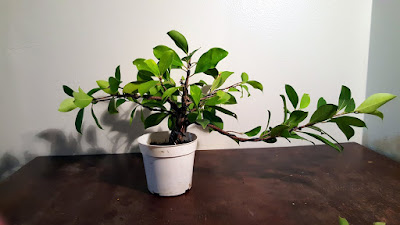 It will take another year for the fusion to set. As the tree grows the fusion will blend. You will be left with an amazing trunk. Meanwhile, you can treat the banyan like your other tropical bonsai. If you have a west, south, or east facing window you will be able to keep the banyan inside. Cheers. 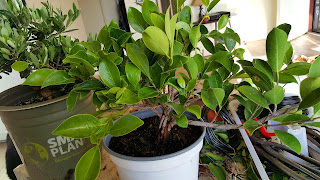 The main branch had the deepest grooves left by the wire. I did not prune this branch at all. That is why the growth was so great. 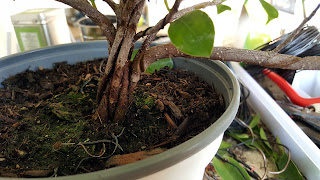 The growth was so good that the branch managed to pop out a fig. I have never seen that on one of my trees before. 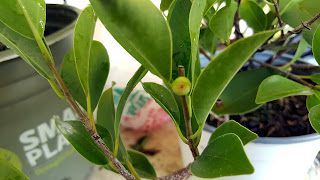 I put tow ties on the trunk to secure it. Hopefully, most of the branches start fusing by the end of this year. I rewired some of the branches and put the tree back in its spot.

A few weeks ago I noticed that the length of the branches was too long for the size of the trunk. So I chopped the tree down to size. 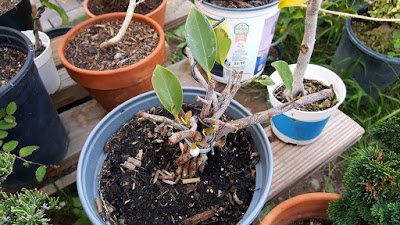 This is the same tree I have been working on this year. Some of the branches have fused. Some other ones not so much. What's interesting is that I started another fused ficus and that tree has completely fused together. The trunks have started growing more branches which I hope will become the secondary branches.

This is an update on the fusing of ficus microcarpa in general. I have several trees I am fusing. This one seems to be slightly ahead of the curve. I started the fuse in April. The red arrows point the way. click on the pic to see a bigger image.

Back to the tree, we have been working on. This is what it is looking like today. I pruned the tree hard. Now it has many fine secondary branches. 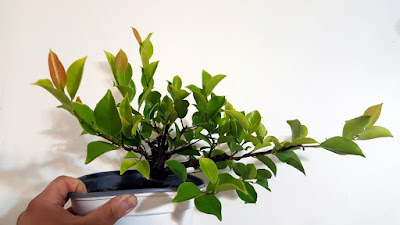 The tiny little cuttings are starting to fuse. There is a lot of scarring from the zip ties. However, the trunk is small and young. By the end of summer, they will be bu a faint light discoloration. 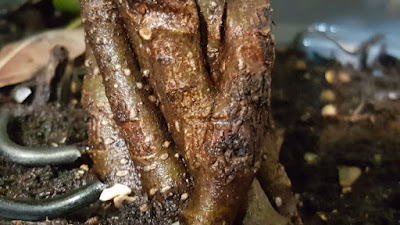 It's early February here in LA, that means springtime, means fertilizing will start for the ficus.

April 4, 2016 Update:
Spring is in full swing. It's time to give the tree another haircut. 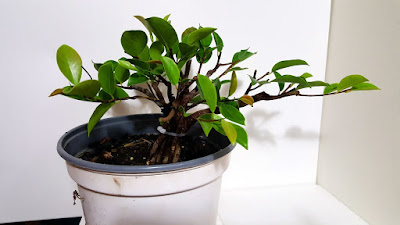 Posted by bonsai-misadventures at 12:58 PM